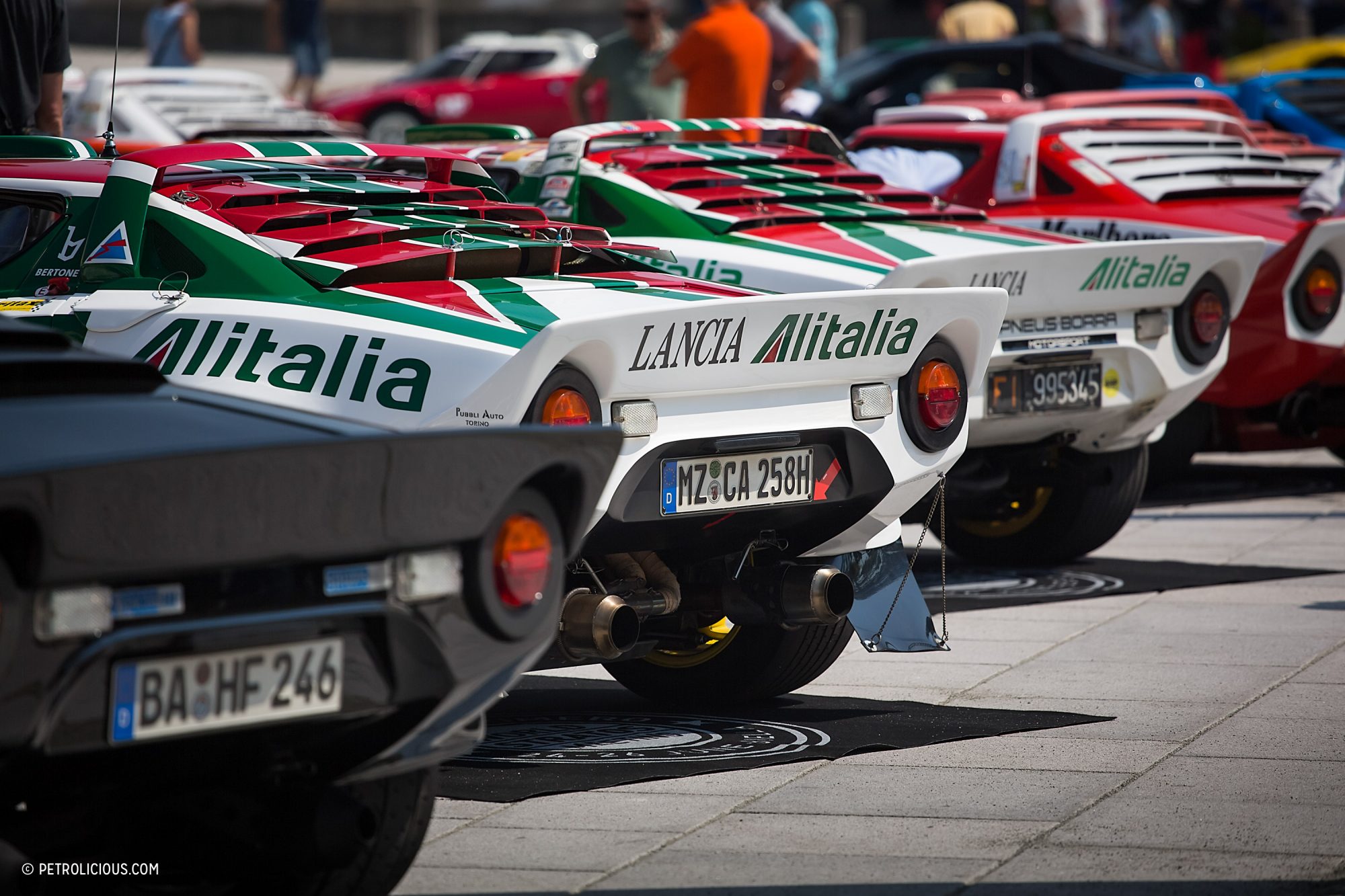 Back in the day, the rally cars all started off with the GP4 round arch bodywork which came from a different mold than that used for the Stradale body. As time progressed and the bodywork of the rally cars suffered from the inevitable damage it became easier and cheaper for teams and privateers to take the standard rear Stradale bodywork from the original production line and simply convert it to wide body rally style by whacking on the arch extensions to accommodate the wider track and wheels.

Interestingly (well, perhaps interestingly) the car I’m replicating is Pinto’s Number 4 car from the 1977 Tour de Corse which ran with the square arches while the sister car driven by Sandro Munari, car number 1, ran in the same rally with round arches. I always liked the more brutal rear look of the square arch cars.

During the build process for my car, ListerBell were redoing the molds for their bodywork so there were delays in manufacturing the parts. The main delay was waiting for the rear of the car to be made. Almost as per the original cars the ListerBell team directly modified their Stradale rear section to blend in the aggressive looking arch extensions for the GP4 body. 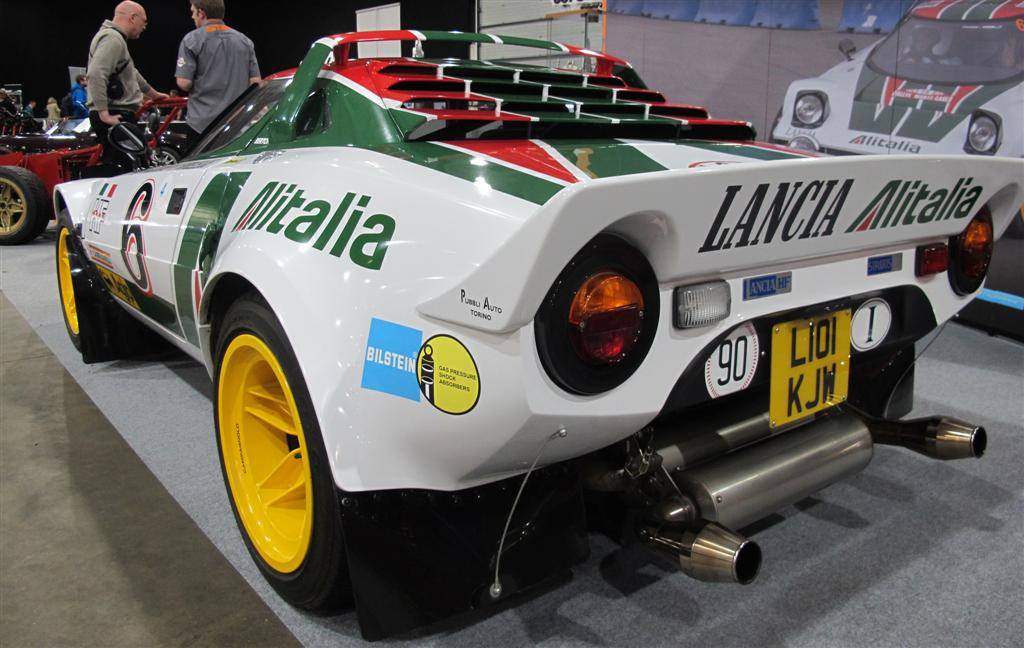 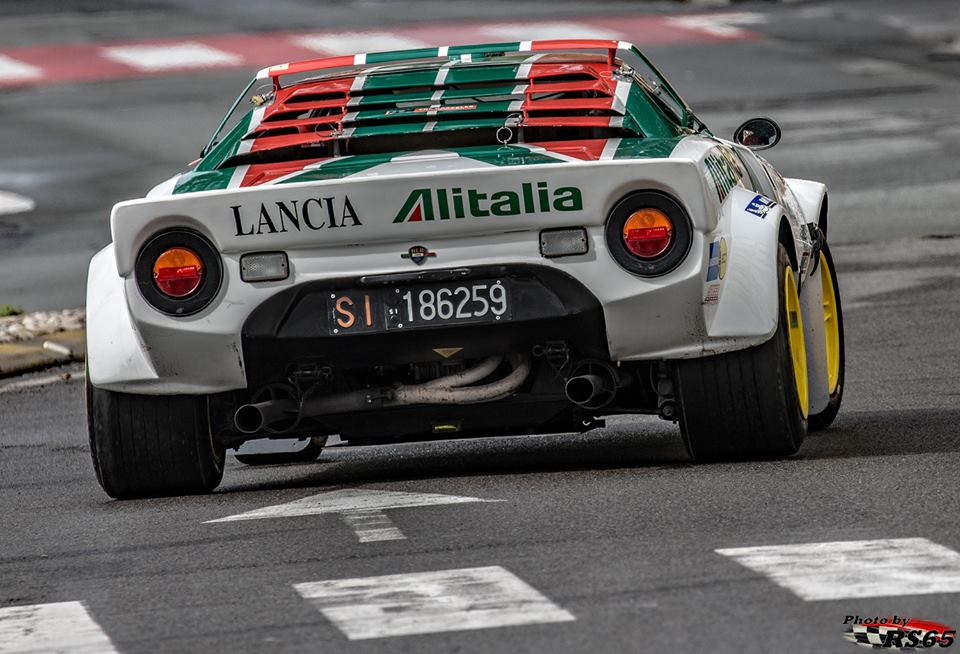 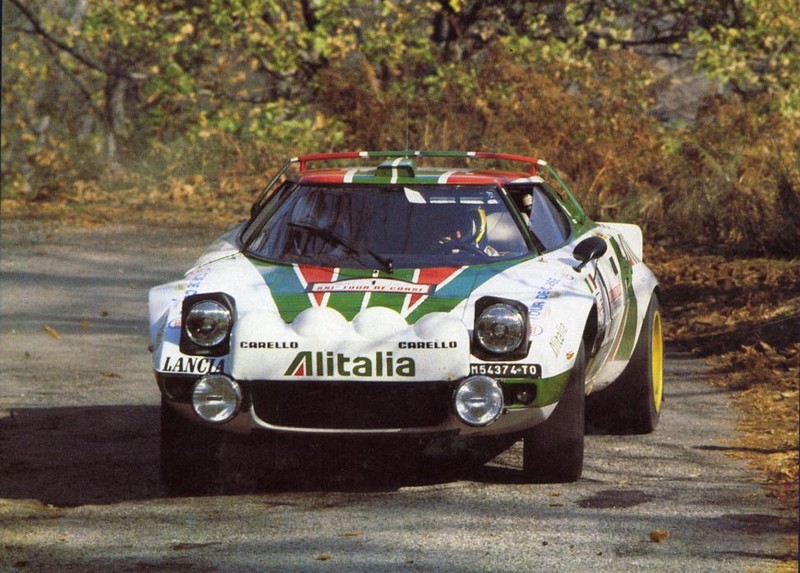 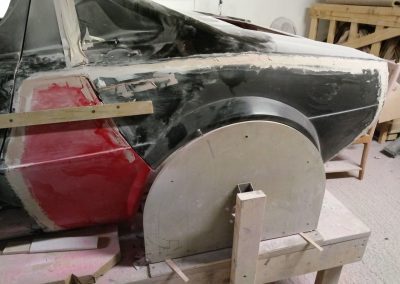 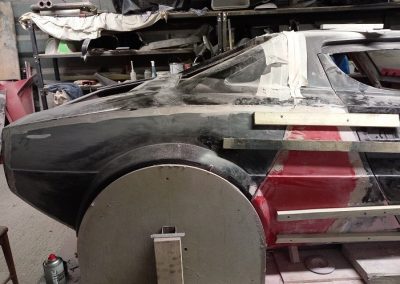 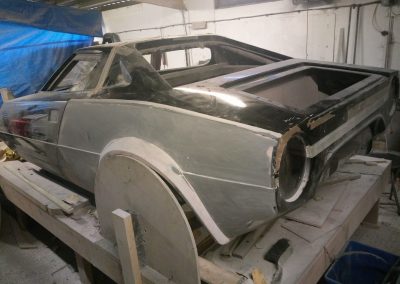 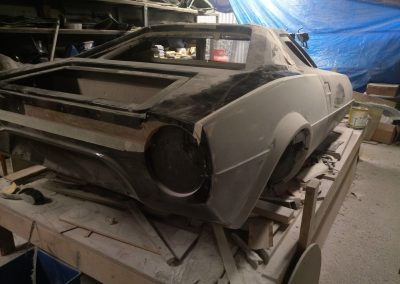 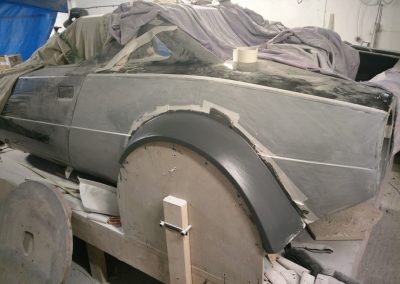 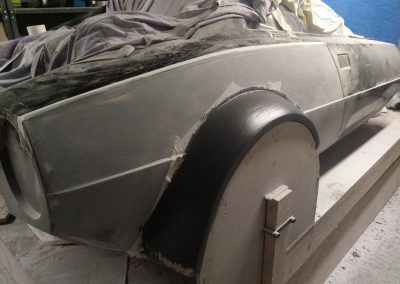 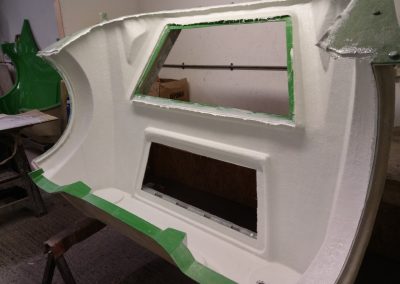 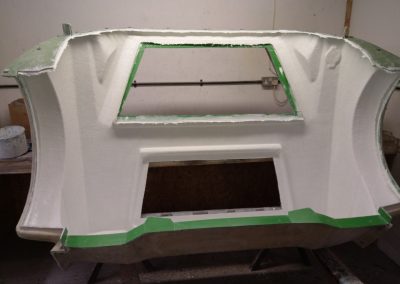 Later in the build the car was sent to the trimmers to have the interior trimmed professionally. This comprised of fitting red interior carpets with black edging and black alcantara trim with red contrast stitching. At this time the centre tub section of the car along with the front and back clams were fitted. The lower fog lights and quad headlight pod was also prepared although these would be removed for the IVA test. 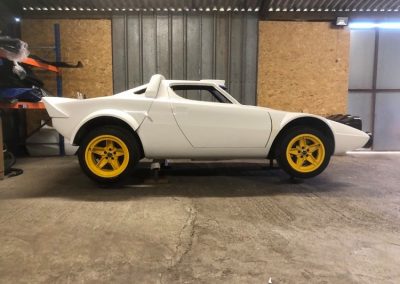 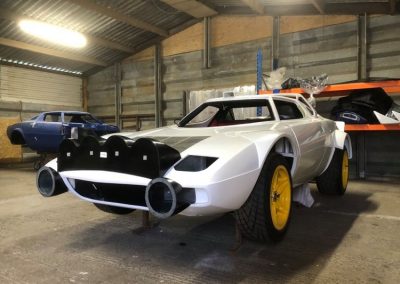 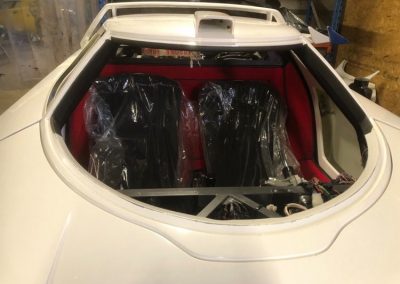 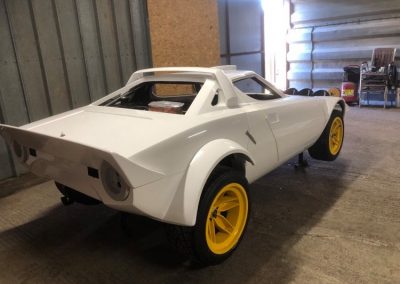 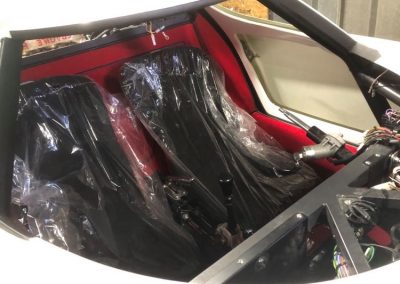 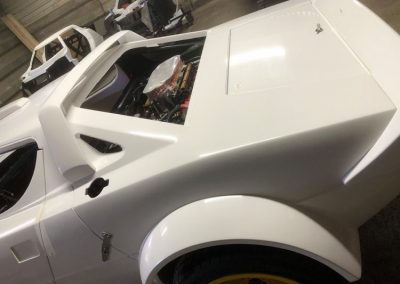 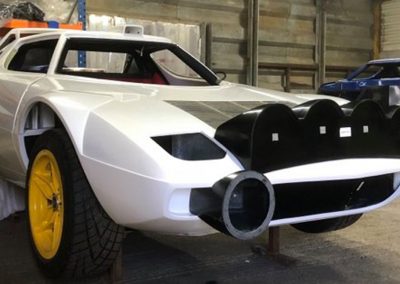 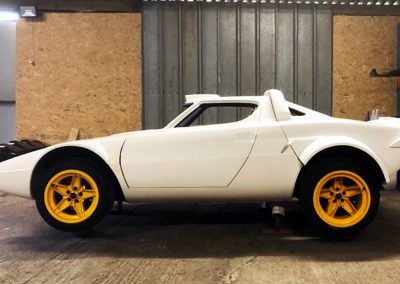 Once the bodywork was finished it was then prepared for being sent off to the paintshop. 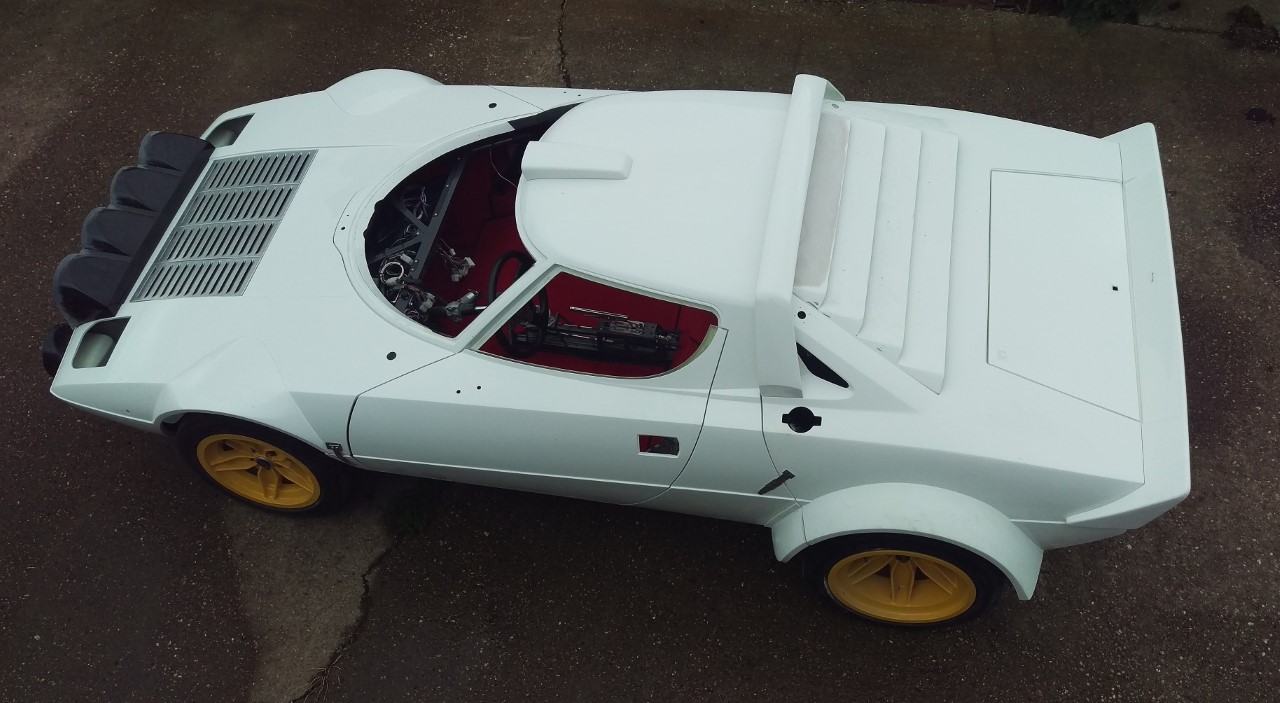 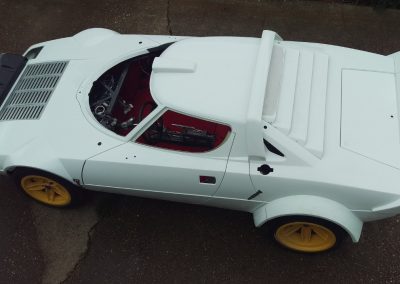 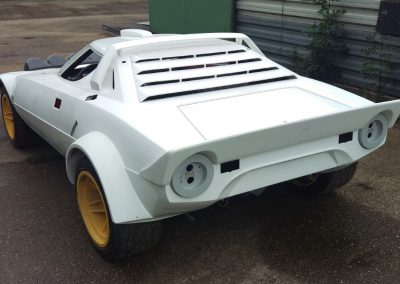 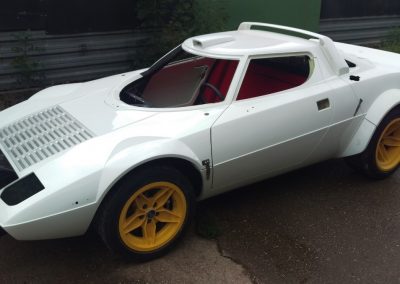 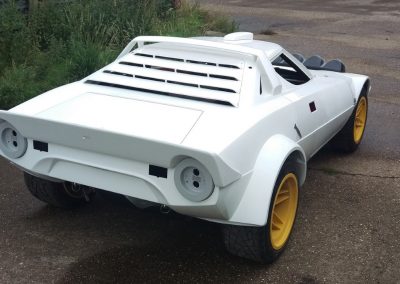 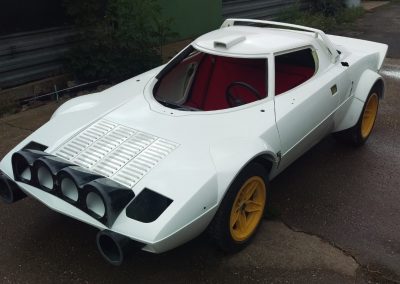 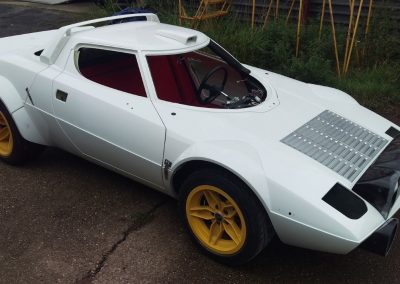 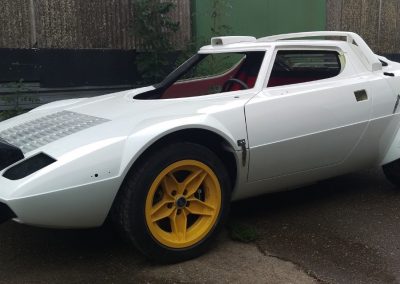 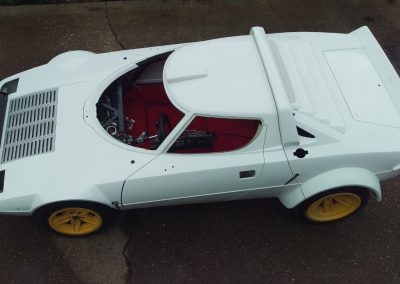